I love bums. Both kinds. But right now I'm talking about the bums who live on the streets by choice. I'd never photograph homeless folks, it's just wrong, but I reckon taking pictures of their setups is fair game. I love a good bum rig.

I noticed this fine collection of treasures in Newtown the other day. The laptop bag gives this rig that bum-executive look. I like it. But it got me thinking about how much more advanced the bums of Japan are... 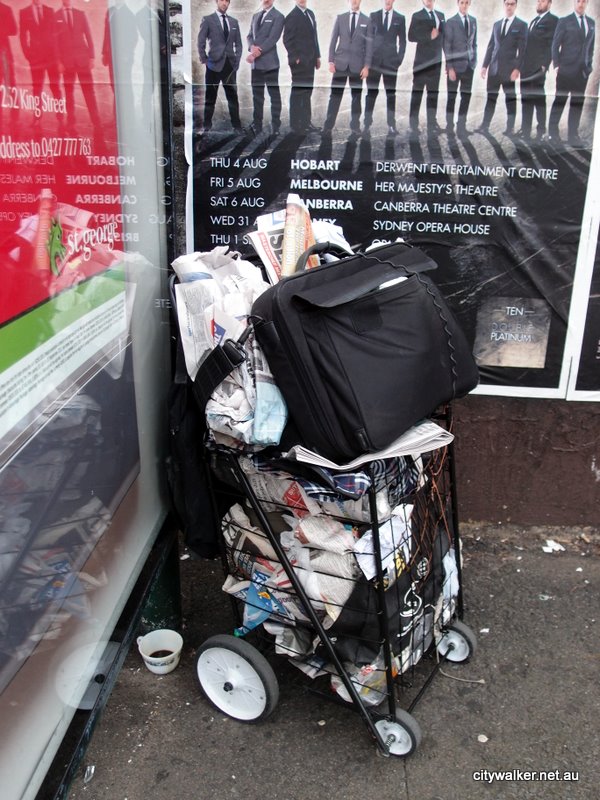 The bum rig from Osaka shown below is quaint, complete with little chairs and a clock. Because a bum needs to know the time, right? This bum loses points for only having two umbrellas though, in Japan a good collection of umbrellas is bum de rigueur. 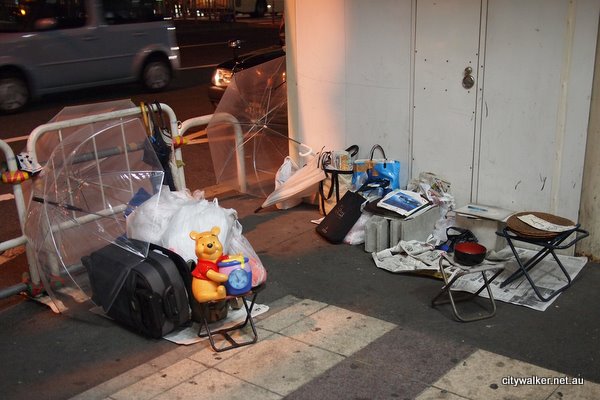 This next bum rig, also from Osaka is a cut above, complete with potplants, stove, and even a bed. And four umbrellas. 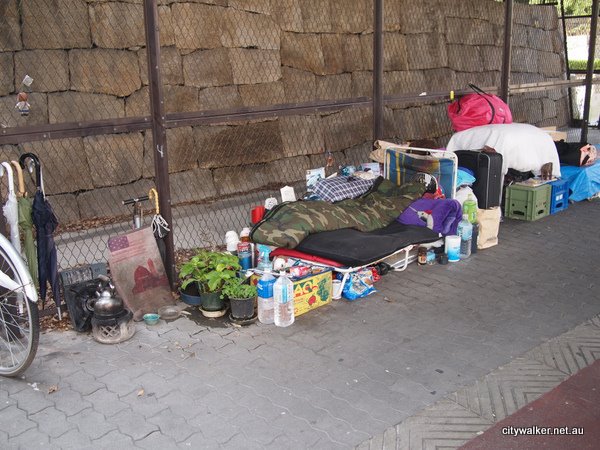 His neighbour doesn't beat him on the umbrella stakes but boy this is one tidy bum rig. The bed is made and everything is packed away just nicely. And there's two bikes in the garage, what else could a bum need? 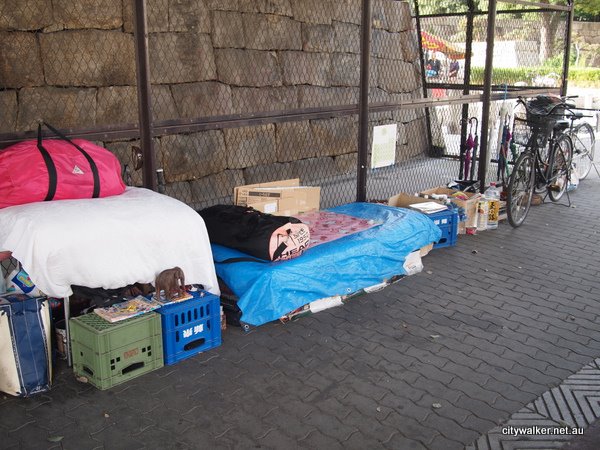 This Osaka bum rig below may look simple but look at how many umbrellas he has. And his shirt is on a coat hanger. This is the kind of bum that Australia needs. Come on Aussie. 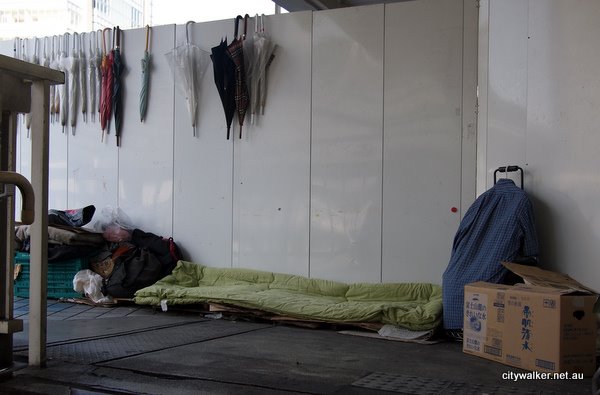 And if you're still not impressed by the bum rig above, the photo below shows where he lives - on an hugely busy pedestrian overpass right outside Osaka's main train station. 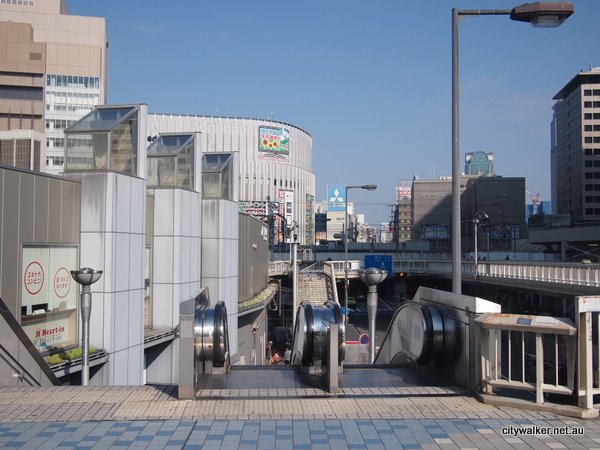 But while Osaka may be the commercial hub for bums in the Kansai region, Kyoto is the cultural hub. Look at this bum below in his banana lounge by the river, sipping on a can of Boss Coffee, now that's living! 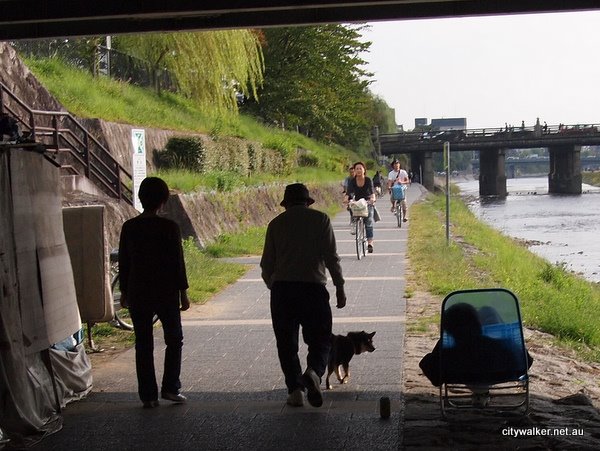 He has prime bum real estate and the money to build. I believe he wants to go up a level but bum building regulations are quite tight in Japan. 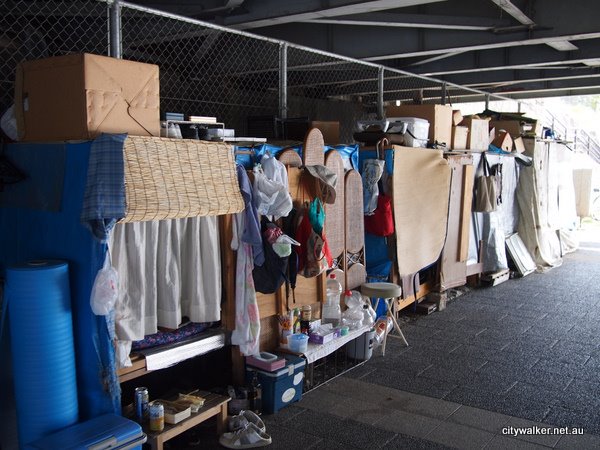 But my favourite bum rig of all time goes to the fellow below, a mobile home with at least three cats and a dog, with little houses for the pussycats to live in. 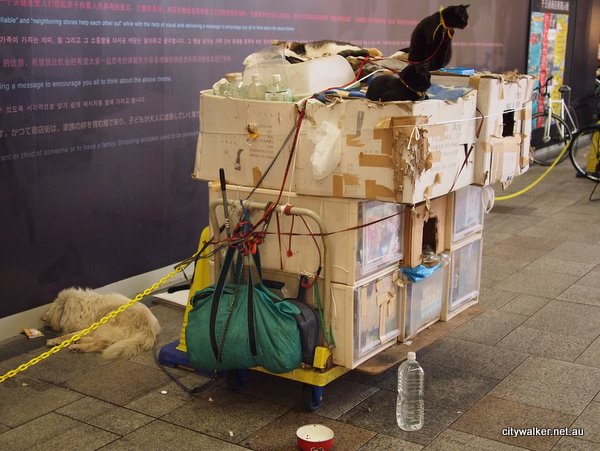 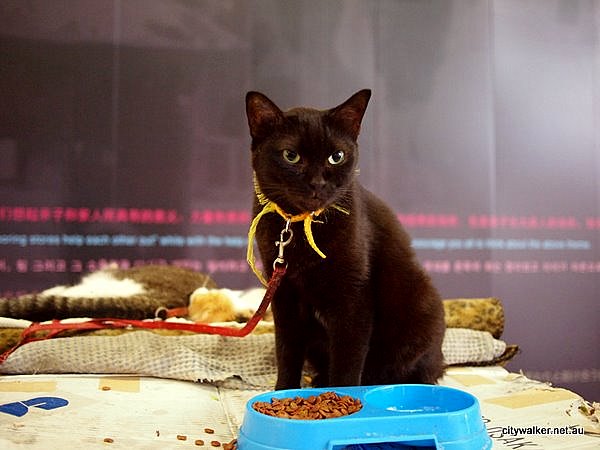 And doesn't neko-san just love being tied to box on a pushcart! He feels like a regular Dean Moriarty.